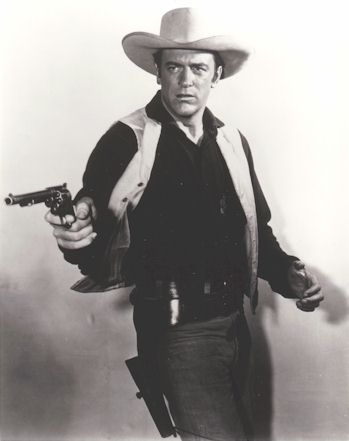 With the passing of a great friend and Honorary U.S. Marshal—who solidified the penultimate character of Matt Dillon in Gunsmoke between 1955 and 1975, we tip our hats to a gentleman who truly got behind law and order in real life. Several times before and after his retirement from the series, he gave of his time and energy to the U.S. Marshals. In 1972, he was invited to Marshals Service headquarters to speak on his Gunsmoke character. In 1988 the agency called him to be the narrator and spokesman in "America's Star," a composite feature on the agency filmed in Arizona. Arness introduced the story of the U.S. Marshals to thousands of newly-recruited deputy U.S. marshals and interested guests. In 1988, as the U.S. Marshals started the Bicentennial exhibit under then-Director Stanley Morris, Mr. Arness was in prominent attendance and gave generously of his time. He was the second person to be made an Honorary U.S. Marshal—preceded only by former U.S. President Ronald Reagan.

When Retired U.S. Marshal Larry Hattersley visited Arness half a decade ago, he noted the serious wounds he received in World War II, particularly at the Battle of Anzio in 1943, had slowed him a bit. However, the professional in him never wavered. During Hattersley's visit, he posed with his badge and grinned broadly. He was indeed proud of his long association with the U.S. Marshals—and we will miss him. Thanks for the ride, Marshal Dillon.