Working at the U.S. Marshals Service

The U.S. Marshals Service values many skill sets both out in the field conducting law enforcement operations as a Deputy U.S. Marshal as well as behind the scenes in the agency's 94 districts and its headquarters in Arlington, Virginia.

The Marshals requires the expertise and dedicated work of a diverse staff of administrative personnel to meet its mission requirements. The U.S. Marshals also seek qualified applicants to act as detention and aviation enforcement officers to assist in the prisoner transportation and operations division of the agency.

Detention Enforcement Officer positions are available within any of the 94 districts throughout the continental United States. The available duty location(s) will be listed on the posted job announcement. Applicants will have an opportunity to select their preference in duty location(s) when applying to the position on USA Jobs.

The Justice Prisoner and Alien Transportation System's (JPATS) mission is to transport federal prisoners in support of the American Justice System. The Justice Prisoner and Alien Transportation System is responsible for scheduling and transporting pretrial and sentenced prisoners and criminal and noncriminal aliens throughout the United States and its territories and to and from foreign countries.

This includes transportation of U.S. Marshal Service detainees, Bureau of Prisons (BOP) prisoners, and on a space-available basis, U.S. military and State and local Government prisoners. On average, Justice Prisoner and Alien Transportation System completes over 280,000 prisoner movements per year.

The United States Marshals Service is the nation's oldest and most versatile federal law enforcement agency. The missions of the Service include protection of the judiciary, court security, witness security, asset seizure and forfeiture, fugitive apprehension, prisoner transportation and custody.

For more information on our Student Volunteer Internship Program, please send an email to: USMS.StudentVolunteer@usdoj.gov

Protecting federal judicial officials — judges, attorneys and jurors is a core mission for the U.S. Marshals. Deputy Marshals employ the latest security techniques and devices during highly sensitive trials throughout the nation.

In 1995, the U.S. Marshals created an efficient and effective system for transporting prisoners and criminal aliens. Managed by the U.S. Marshals, Justice Prisoner and Alien Transportation System (JPATS) is one of the largest transporters of prisoners in the world, handling more than 1,070 requests every day to move prisoners between judicial districts, correctional institutions, and foreign countries. JPATS completes more than 275,400 prisoner and alien movements annually via coordinated air and ground systems.

The U.S. Marshals is the federal government's primary agency for conducting fugitive investigations and apprehend more federal fugitives than all other law enforcement agencies combined. Working with authorities at the federal, state, and local levels, U.S. Marshals-lead fugitive task forces assist in the arrest of state and local fugitives across the country.

The U.S. Marshals is the premier agency to apprehend foreign fugitives believed to be in the United States, and it is the agency responsible for locating and extraditing American fugitives, who flee to foreign countries. In support of its international fugitive investigative mission, the USMS has established foreign field offices in Jamaica, Mexico and the Dominican Republic. The U.S. Marshals also maintains successful law enforcement liaison programs along the borders of Mexico and Canada. Also, the U.S. Marshals Service enjoys a mutually beneficial relationship with the Department of State’s Diplomatic Security Service and holds key positions at Interpol.

The U.S. Marshals Service sex offender investigations mission is to protect the public from sex offenders through the coordinated enforcement of sex offender registration laws.

With the passage of the Adam Walsh Child Protection and Safety Act of 2006, the U.S. Marshals Service was designated as the lead federal agency to investigate violations of federal sex offender registration laws and to assist state, local, tribal and territorial jurisdictions in locating and apprehending sex offenders who fail to comply with their sex offender registration requirements. The Marshals collaborate with those partner agencies to aggressively investigate and pursue non-compliant offenders, placing the highest priority on those who have committed violent acts and crimes against children.

The Justice for Victims of Trafficking Act of 2015 enhanced the U.S. Marshals’ authority to assist federal, state and local law enforcement with the recovery of missing, endangered or abducted children, regardless of whether a fugitive or sex offender was involved.

The Marshals established a Missing Child Unit to oversee and manage the implementation of its enhanced authority under the act.

Each year the U.S. Marshals Service carries out hundreds of special missions related to its broad law enforcement authority and judicial security responsibilities. It also responds to homeland security crises and national emergencies.

The U.S. Marshals Service Special Operations Group (SOG) is a specially trained, tactical unit comprised of Deputy Marshals, who can respond immediately to incidents anywhere in the United States or its territories.

The U.S. Marshals Service is responsible for managing and disposing of seized and forfeited properties acquired by criminals through illegal activities. Under the auspices of the Department of Justice's Asset Forfeiture Program, the Marshals currently manage nearly $2.2 billion worth of property, and promptly disposes of assets forfeited by all Department of Justice agencies.

The Program's goal is to maximize the net return from forfeited property and then reinvest the proceeds for law enforcement purposes.

The U.S. Marshals ensures the safety of witnesses, who risk their lives testifying for the government in cases involving organized crime and other significant criminal activities. Since 1971, the Marshals have protected, relocated and given new identities to more than 8,500 witnesses and more than 9,900 of their family members.

The successful operation of the Witness Security Program has been recognized as providing a unique and valuable tool in the government's battle against major criminal enterprises and international terrorism. Witness Security Program personnel are the world's leading authorities and foremost experts on witness security matters, providing guidance and training to numerous government officials throughout the world.

The U.S. Marshals Service does not discriminate on the basis of race, color, religion, sex (including sexual harassment), national origin, age, disability (physical or mental), sexual orientation, reprisal, parental status, or any other non-merit factor.

The U.S. Marshals Service is committed to providing equal employment opportunity; eliminating discrimination in employment; and maintaining an environment that is free from any form of prohibited discrimination.

The U.S. Marshals Service will provide a prompt, fair, and impartial review of any allegations of discrimination.

If you have career or employment questions, please

The Best People for the Job: US Marshals Dog Handler

The U.S. Marshals K-9 program is a top-tier defense measure for our federal courthouses, sweeping high profile trials for explosives and firearms. They also have the ability to find guns and ammo during fugitive investigations and are some of our best ambassadors to the public. These jobs take a special kind of dog, more loyal to scent than they are to good behavior. It also takes a special kind of deputy to "handle" them. SDUSM Triana Luce says her high voice makes her prefect for the position since dogs respond to her pitch. As an ATF trained dog handler and trainer she has had multiple scent- trained dogs, which she adopts as pets after they serve a complete career in law enforcement. She says in a career that attracts alpha personalities a dog handler position forces you to take a back seat and, at times, let the dogs drive the job. All of our Explosive K-9s are trained by our federal partner agency ATF at their Canine Training Center in Virginia where they say it's not as much training the dog as training the team of dog and handler to understand each other and work as scent finding team. To learn more about careers in the U.S. Marshals Service visit U.S. Marshals Careers.

Assistant Chief Deputy U.S. Marshal Rachel Gibson said she never imagined as a little girl that she would grow up to be in law enforcement. Now she sees it as her duty to pass on her knowledge to a new generation of deputies so they, too, can be the difference. 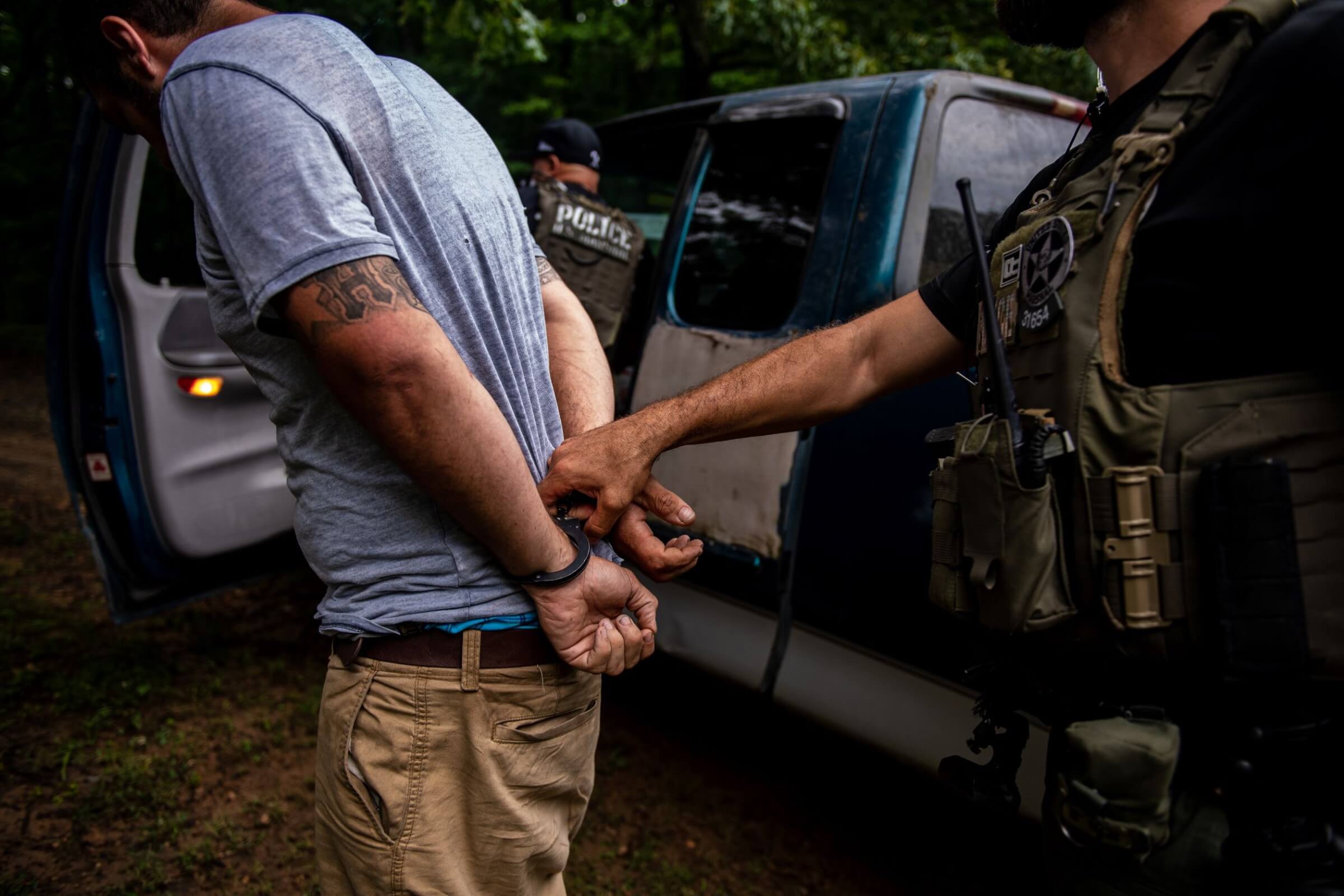 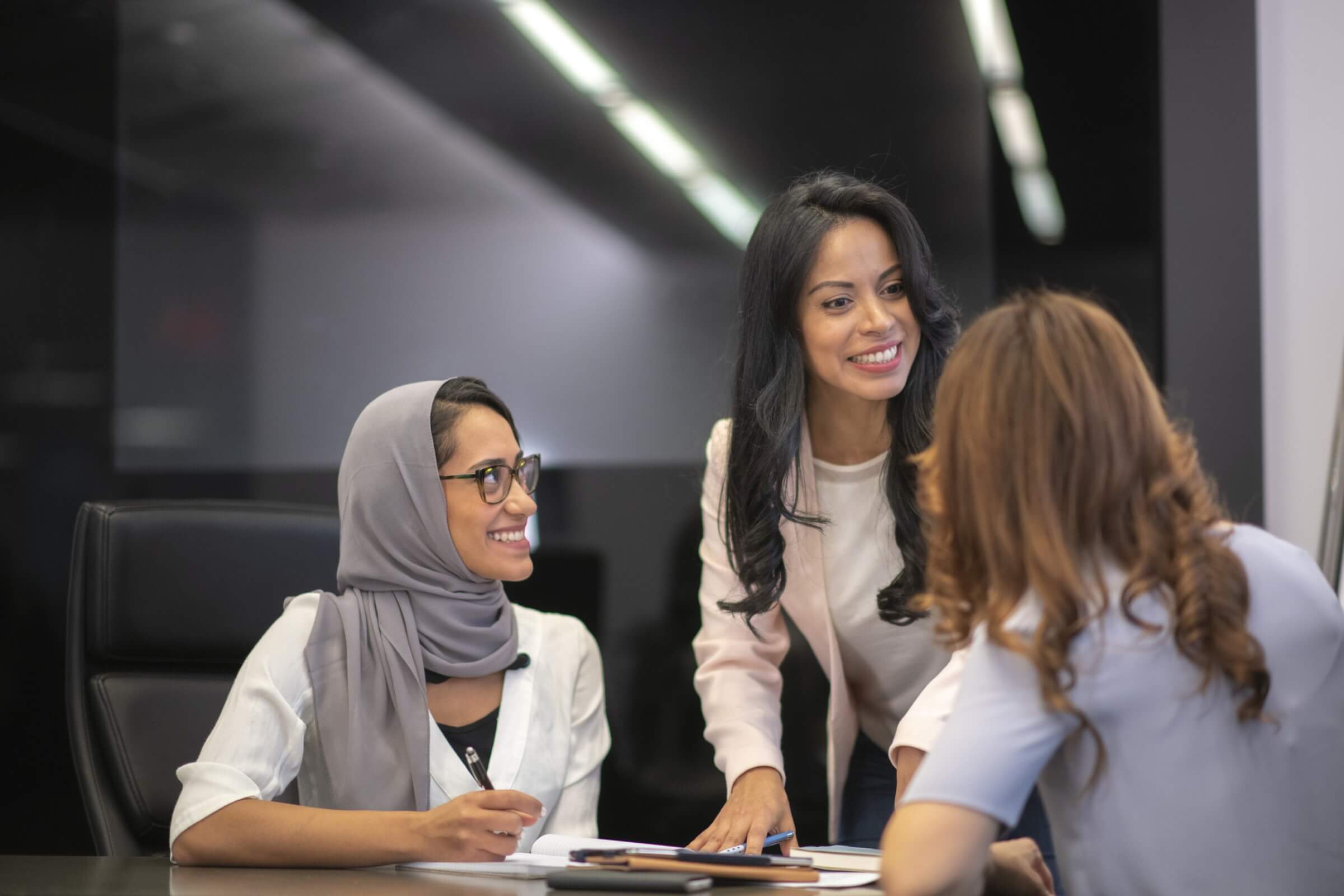 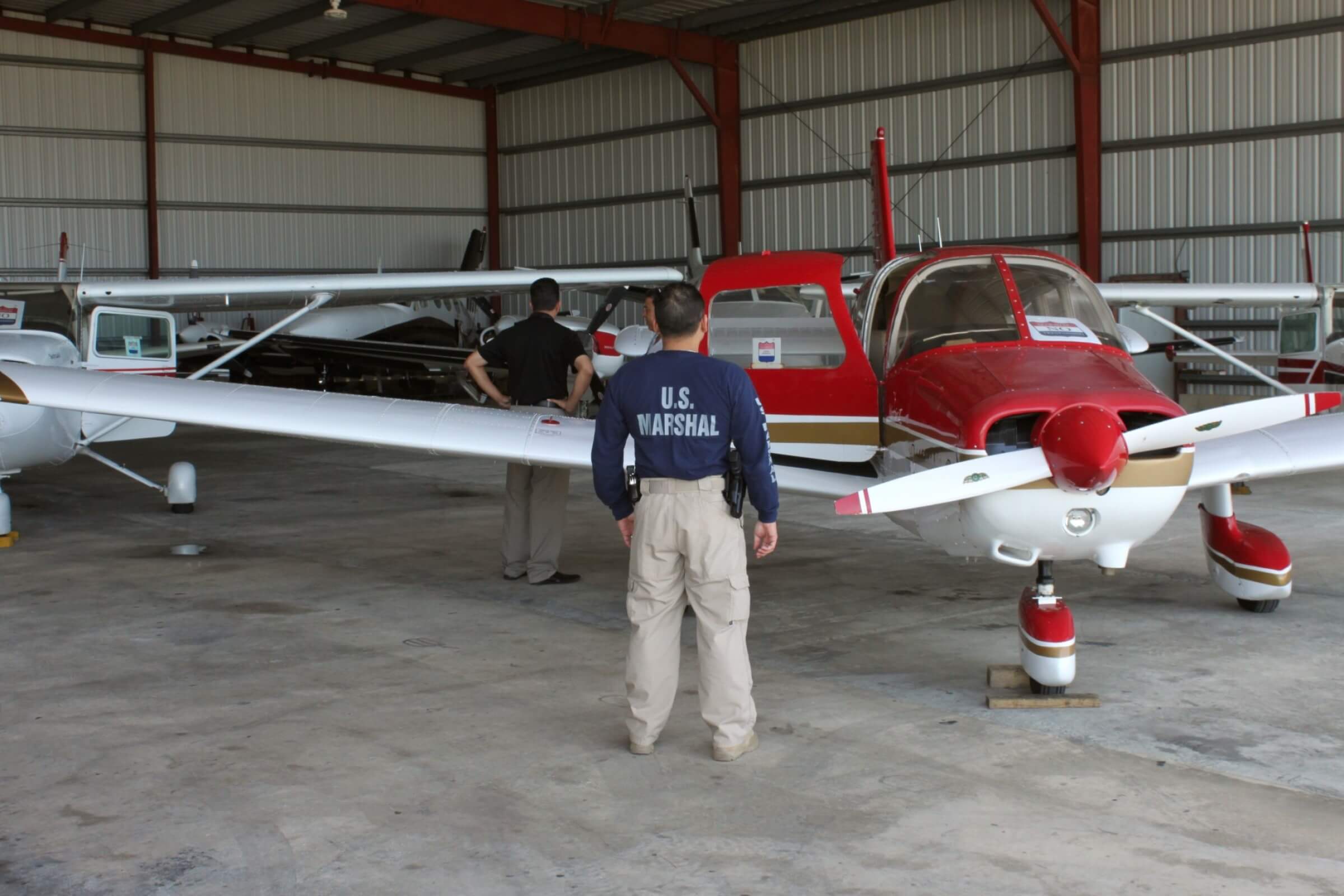 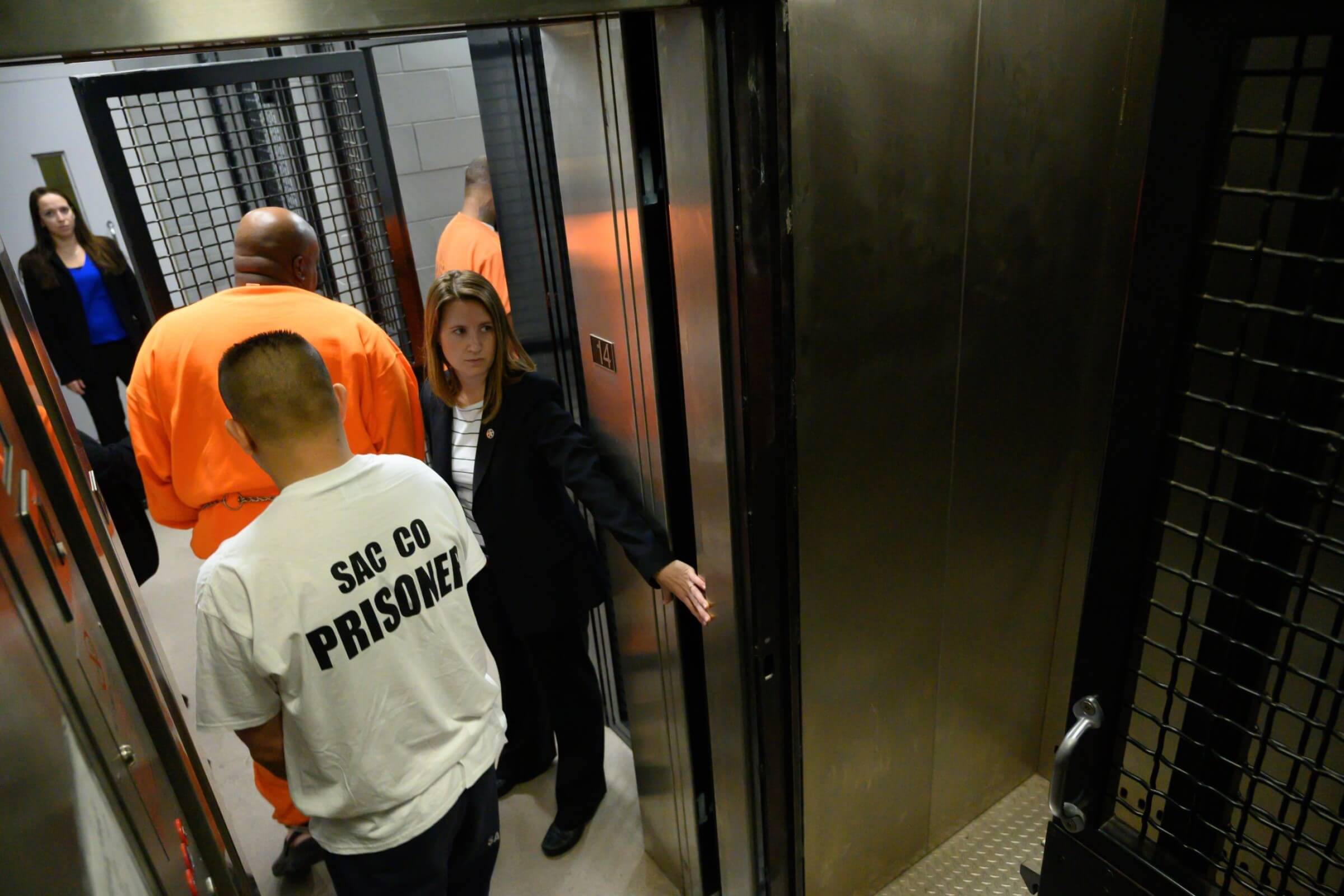 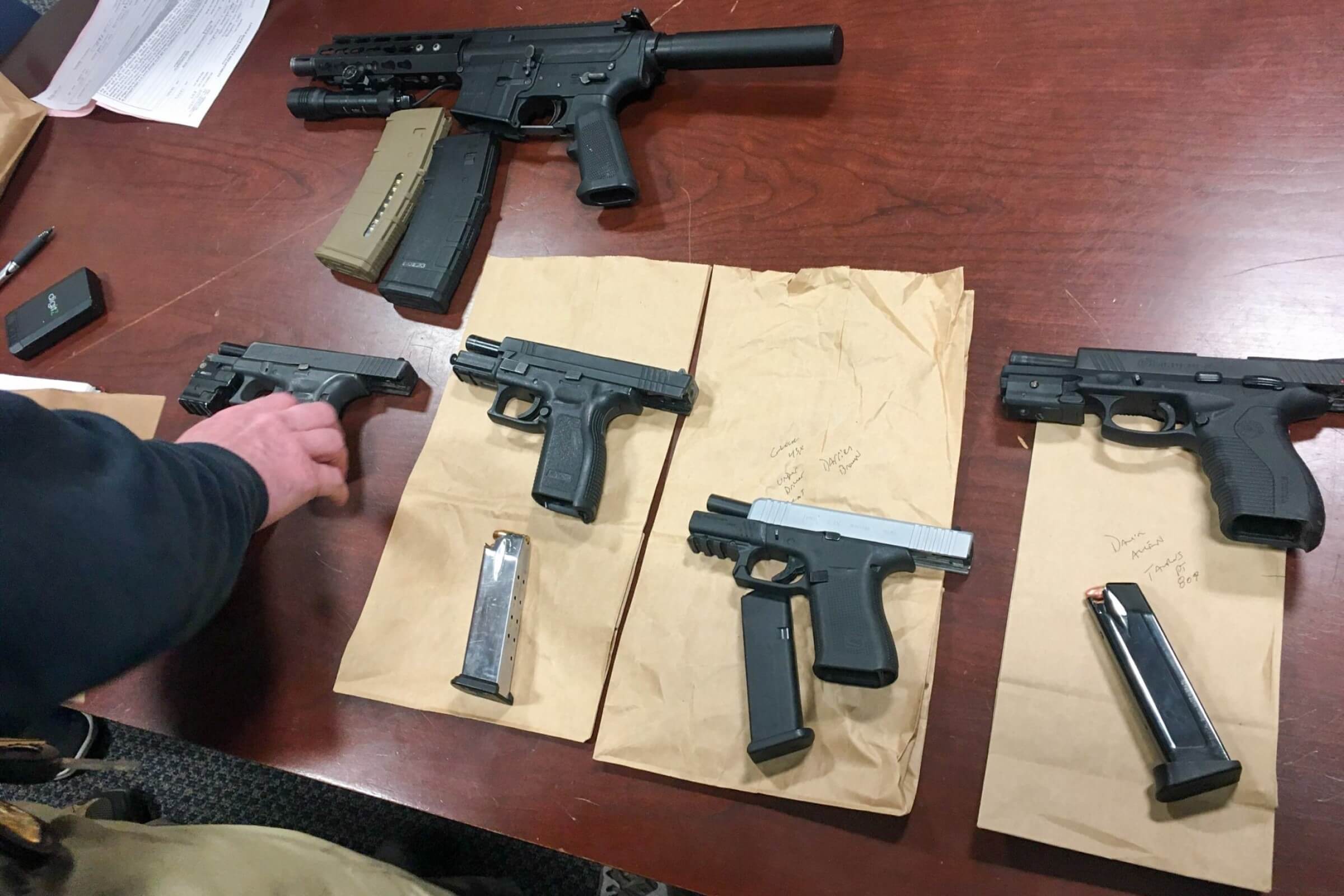 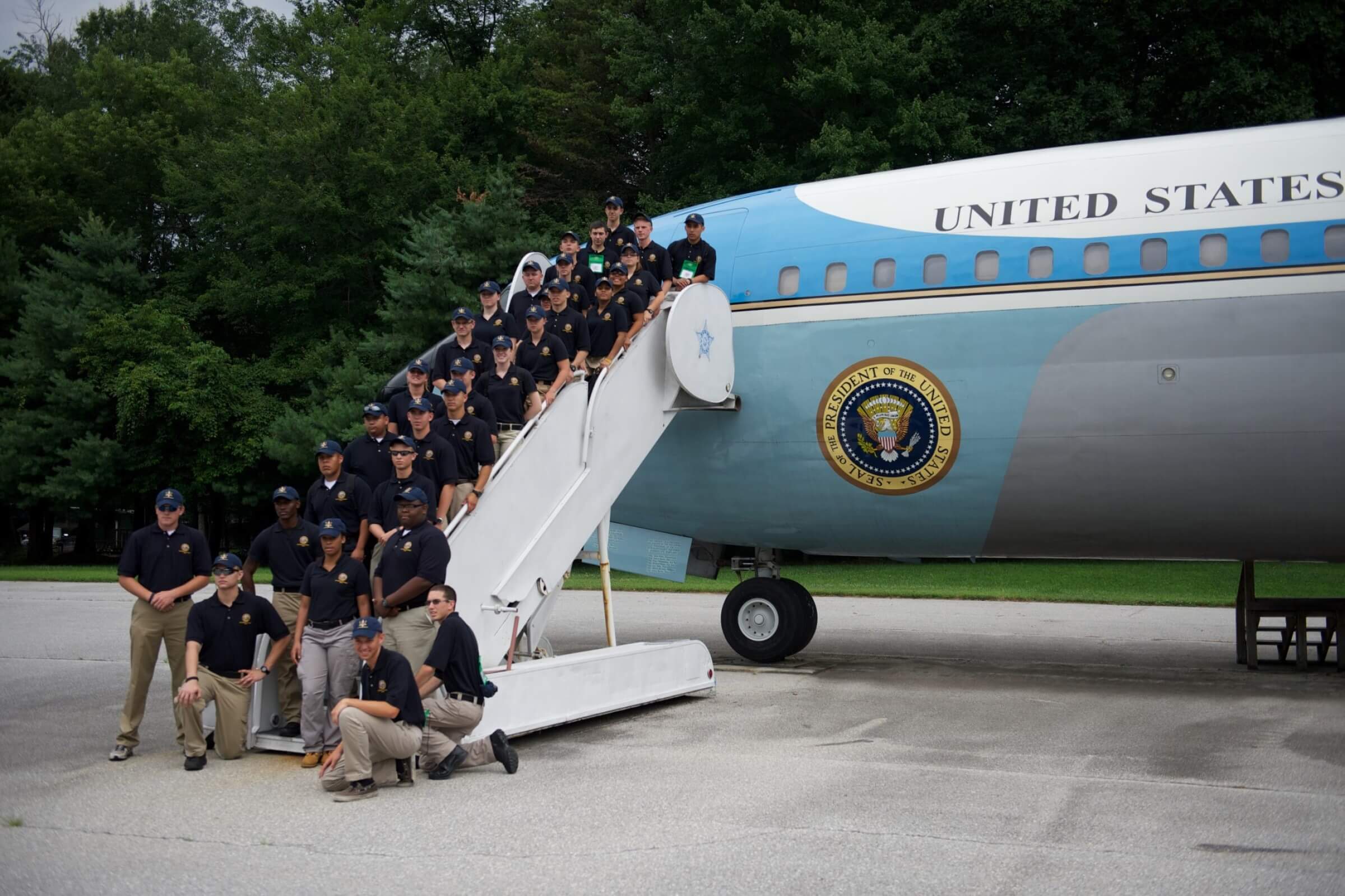 Below you will find information pertaining to compensation, promotion potential and benefits for various positions within the U.S. Marshals Service.