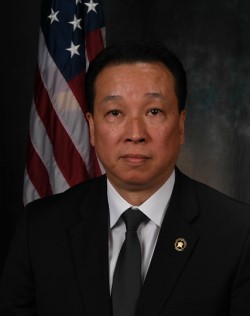 Marshal Chau is the first Chinese American United States Marshal. As Marshal, he is responsible for United States Marshals Service operations in the District's five counties, encompassing over twelve hundred square miles of land and a population of over one million people. He is responsible for overseeing the daily operations of the District, with the District's Headquarters located in Providence, Rhode Island. Additionally, he leads and directs operations that includes the security and protection of the United States Courts and its judges, criminal investigations, fugitive apprehension, execution of federal court orders and other law enforcement activities.