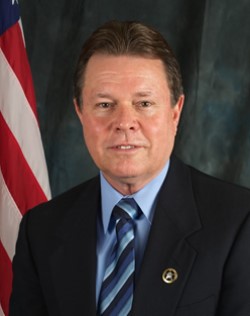 William B. Berger was sworn in as the United States Marshal of the Middle District of Florida on February 7, 2011. The District is comprised of five offices located in Tampa, Jacksonville, Ocala, Orlando, and Ft. Myers.

Marshal Berger began his law enforcement career with the City of Miami Police Department in 1974 where he worked and commanded the following entities: Radio Patrol, Training, Legal, Budget, Planning, Homicide, Robbery, Internal Affairs and the Miami Police Academy. Marshal Berger served as the Police Chief in the City of Palm Bay, Florida from 2004-2011 and the Police Chief of the City of North Miami Beach from 1989-2004. Marshal Berger also had the distinction of being elected and served as the President of the International Association of Chiefs of Police, an organization of 30,000 members, in 2001-2002 and was the President of the Florida Chiefs of Police Association in 1996-1997.

Marshal Berger is a recognized subject matter expert in police practices both in state and federal court and for the United States Justice Department. He was one of the founding fathers of the State of Florida Police Accreditation Commission. He has been an instructor in the areas of Forensics, Police Use of Deadly Force Technology. He was responsible for the creation of the International Association of Chiefs of Police Forensics Science Committee, the International Association of Chiefs of Police August Volmer Award, and the International Association of Chiefs of Police "Oath of Honor", through his chairmanship of the Police Ethics and Image Committee. He has also served as a member of the Justice Department Technical Working Group (TWG) in the areas of police communications, forensic sciences, police and the courts.