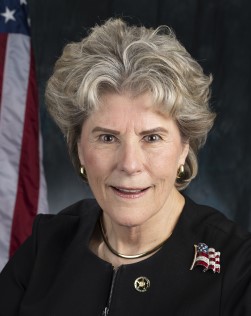 Susan Lewellyn Pamerleau serves as the 33rd United States Marshal for the Western District of Texas. She was confirmed by the United States Senate August 28, 2018 and sworn in September 17, 2018.

Marshal Pamerleau leads the second largest district geographically in the US Marshals Service and the third largest based on staffing, covering 92,000 square miles and sixty-eight counties in West Texas. Her responsibilities encompass leading and directing operations, including security and protection of the United States Courts, criminal investigations, fugitive apprehension, execution of federal court orders and other law enforcement activities.

Prior to her appointment, Marshal Pamerleau served as the 38th Sheriff of Bexar County, leading the eleventh largest Sheriff's Office in the nation. As Sheriff, Pamerleau led an organization of almost 2,000 personnel and oversaw a budget over $200 million. She co-chaired the American Bar Association’s (ABA) Law Enforcement Sub-Committee, and co-chaired the ABA Law Enforcement Task Force on Body Cameras. Sheriff Pamerleau was also invited by Senator John Cornyn to testify before the Senate Judiciary Committee on Mental Illness in the Criminal Justice System (2016). As part of the Bexar County delegation, she also participated in the National Stepping-Up Initiative (2016) and as a facilitator for the White House Workshop on Data Driven Justice Initiatives (2016).

Marshal Pamerleau served 32 years in the United States Air Force, retiring at the rank of Major General. After retirement from the Air Force, she served as Senior Vice President at USAA. Marshal Pamerleau has served on boards of directors and advisory groups for numerous civic and charitable organizations locally, as well as the Board of Directors for the Sheriffs Association of Texas. She is actively involved with Major County Sheriffs’ Association, National Sheriffs’ Association, and the American Correctional Association.