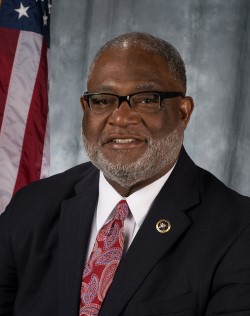 Previously, Marshal Seroyer served as the U.S. Marshal for the Middle District of Alabama under President George W. Bush from 2002 until 2010. As Marshal, Seroyer is responsible for leading and directing operations, including security and protection of the United States Courts, criminal investigations, fugitive apprehension, execution of federal court orders and other law enforcement activities.

Seroyer began his law enforcement career in Alabama as a police officer for the Opelika Police Department in 1976. He went on to serve five consecutive Attorneys General for the State of Alabama as Chief Special Investigator, Director of Investigations, and Deputy Chief Investigator for the Office of the Attorney General from 1987 until 2002. Marshal Seroyer was appointed Marshal for the Middle District of Alabama, serving from 2002 until 2010. Prior to returning to the U.S. Marshals Service in 2018, Marshal Seroyer served at the Office of the Attorney General for the State of Alabama from 2010 until 2017.

Marshal Seroyer is a member of the Fraternal Order of the Police, Alabama Sheriff's Association, Alabama Narcotics Association, National Organization of Black Law Enforcement Executives, and was the founder of the Alabama Attorney General Drug Task force in 1987.