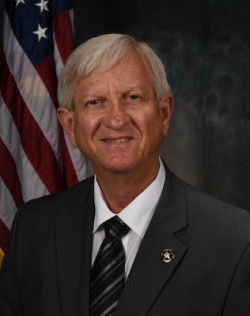 As Marshal, Bunn is responsible for U.S. Marshals Service operations in the District's 44 counties, encompassing over 83,000 square miles of land. He is responsible for overseeing daily operations of the District’s three offices, located in Boise, Coeur d’Alene and Pocatello. Additionally, he guides the operation of the Greater Idaho Fugitive Task Force, production of federal prisoners in federal court proceedings, transportation of federal prisoners between detention facilities, provides security to the federal judiciary, and maintains responsibility for the investigation of non-compliant sex offenders and other criminal offenses, among other duties.

Throughout his career Marshal Bunn was active in the Idaho Sheriff’s Association and the Idaho Association of Counties. He served as President of both organizations and also served for numerous years on the Board of Directors for each organization. In addition, Marshal Bunn served as the law enforcement representative on the Idaho Counties Risk Management Program (the counties self-insurance pool that provided liability and property loss coverage for the counties, cities, fire districts, special districts and school districts) for 16 years.