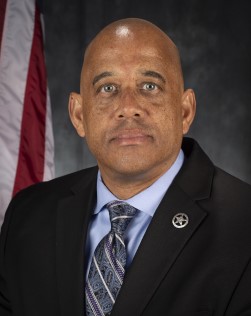 Marshal Heffner began his law enforcement career in 1985 as a patrol officer at the Normal, Illinois Police Department. In 1989, he became an Illinois State Trooper, serving in that agency for 21 years in various capacities including general criminal investigator, internal investigations, labor relations, counterterrorism, and drug interdiction. He supervised a multi-jurisdictional narcotics task force, and became an Academy Commander.

He retired from the Illinois State Police in 2010 as a Lieutenant Colonel. Marshal Heffner went on to work at State Farm Insurance Company as a Safety/Security Specialist and instructor with Illinois Law Enforcement Alarm System (ILEAS). In 2013, he was selected as the Chief of Police in Bloomington, Illinois, where he served until his selection as United States Marshal for the Central District of Illinois.