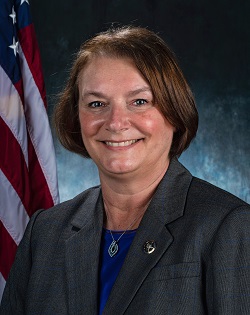 On February 26, 2020, President Donald Trump nominated Anna M. Ruzinski of Wisconsin, to serve as the United States Marshal for the Eastern District of Wisconsin.

Previously, Anna Ruzinski served as the Chief of Police for the Menomonee Falls Police Department, a position she held for the 12 years.  Chief Ruzinski served the first 26 years of her career in the Milwaukee Police Department.  Chief Ruzinski graduated from the Federal Bureau of Investigation National Academy in 2009, and she holds a B.S. in Organizational Security and Management from the University of Phoenix.