How much did it Cost to Find Billy the Kid?

For over eight months in 2001, investigators pursued Clayton Waagner. Authorities apprehended the fugitive after an all-out effort.

But that effort cost an incredible sum in salaries, travel and various services. Senior Inspector Geoff Shank, the Investigative Services Division case coordinator, recalled that costs exceeded $200,000 before Waagner was captured in December.

But closing these cases has never come cheaply. U.S. marshals and their deputies have been chasing down fugitives for 212 years, and even back in the Old West, they ran up fairly hefty tabs while performing their jobs. When factoring in money values of the times, it's no stretch to say that deputies of bygone days faced financial challenges similar to those of their modern day counterparts.

William Bonney, alias Billy the Kid, has a firm place in American history. Legend has it that before he turned 21, he had killed 21 people - the byproduct of being a major player in a turbulent battle between competing cattle empires in southeast New Mexico Territory. Like many legends before and after him, Billy the Kid was hunted by the U.S. Marshals. They spent many long hours in the process. The year was 1881, but just like in present time, these lawmen still had to eat, sleep and buy supplies.

A recent discovery in the National Archives shed some light on the expenses incurred during the famous final chase for Billy the Kid, who was eventually killed July 14, 1881, by Lincoln County (New Mexico) Sheriff Pat Garrett.

In this case, as with many similar instances, Sherman's request for the additional reimbursement was disallowed because the original payments were already settled. Attorney General Brewster could have appealed to President Chester Arthur for funding. but it was often countermanded by the advice of the U.S. Treasury, which operated under strict guidelines.

While $375 does not seem like much today, it was costly in 1882. And Sherman's case was not that obscure. In the 1860's Dakota Territory, it was not always possible to make a straight line in order to reach an objective - especially with Indians in the way. U.S. Marshal L.H. Litchfield, disappointed that one of his official expense reports to serve process shortchanged him $465.35, wrote to the comptroller of the currency in Washington to justify his bill for travel. It read:

U.S. Marshal Henry White of West Virginia knew all about money squabbles with Washington. He served from April 1889 until May 1893, and his entire tenure was plagued by the feud between the Hatfields and McCoys. 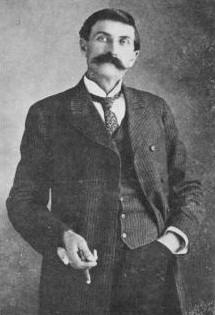 When Anderson "Devil Anse" Hatfield was arrested for violating revenue laws, Marshal White needed extra guards. He was meticulous in tracking his expenses - such as the charge of 86 miles at 10 cents per mile. White's group contained 10 guards, including three Hatfields. This was a preventative measure, as ambushes were common and bounty hunters were trying to capture Devil Anse. The Hatfields apparently favored the marshals to the McCoys.

The claim for the escort was $103.20. However, the attorney general disputed White's need for so many extra guards and ruled that $93.20 was denied because Devil Anse was later acquitted. He gave White the option of appealing to a judge, but there was little sympathy for the marshal. Historical perspective gives new insights to old legends. But somewhere lost in the legends was the reality of paying for them.