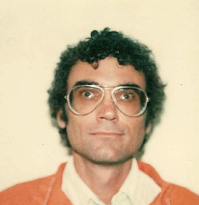 Stephen Craig Campbell state charge is to appear on charges of attempted First Degree Murder. Federally he is charged with making a firearm and possessing unregistered firearm.

Stephen C. Campbell has an electrical engineering degree and has had specialized training in small electrical engine repair. He maybe actively working in the Southern or Eastern State Region. He is very capable outdoorsman. Campbell is assumed to have change his name and appearance.

For More Information Scan Code Above.