UPDATE: Joseph Henderson was arrested on December 6, 2022 thanks to a tip from the public.

The allegations stem from an incident that occurred on November 17, 2022, when Henderson is accused of striking a woman in the head with a mini-sledge hammer and striking her with his fists, causing severe injury. Henderson’s last known address is in the 600 block of Foredale Ave., Toledo, OH.

Henderson is described as a black male, standing approximately 5 feet 10 inches tall, and weighing approximately 165 pounds. It is believed Henderson is still in Toledo. If anyone has any information on Henderson’s location, please contact the NOVFTF at 1-866-492-6833 or Crime Stoppers at 1-419-255-1111. Callers can remain anonymous and may be eligible for a cash reward. 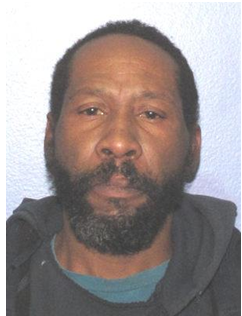 Anyone with information regarding the whereabouts of these fugitives is encouraged to contact the U.S. Marshals Northern Ohio Violent Fugitive Task Force at: 1-866-4-WANTED or text keyword WANTED and the tip to TIP411 (847411), or submit a web tip.  Tipsters may remain anonymous, and a cash reward may be available.