Detroit, MI – The U.S. Marshals Service Detroit Fugitive Apprehension Team is seeking the public's help with information that will lead to the arrest of a fugitive wanted on a multi-count felony warrant for criminal sexual conduct issued by the Washtenaw County Sheriff's Office. 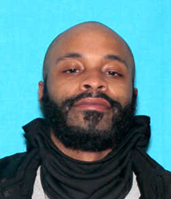 Bailey has no known source of income, and authorities believe he is receiving assistance from family or friends. He has numerous ties to Detroit, Ypsilanti, and Ann Arbor. Bailey also has relatives in California, Florida, and Tennessee, where he is known to have traveled.

You may also text a tip via the USMS Tips App or Crime Stoppers at 1-800-Speak-Up.