Canton, OH – The Northern Ohio Violent Fugitive Task Force is offering a reward for information which would lead to the capture of fugitive Tobiah Harshaw. Harshaw is wanted by the Canton Police Department for homicide. According to the Canton Police Department, on June 24, 2020, they responded to a shooting in the 1000 block of 5th St. SW, Canton. When they arrived, they found victim Kyle Reedy deceased from an apparent gunshot wound to the chest. 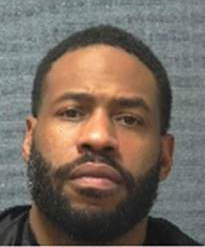 Reedy and Harshaw were said to be close associates. It is alleged that after the shooting, Harshaw fled the scene in Reed's vehicle and has not been seen since. The vehicle, a 2019 Grey Kia Forte, was later recovered by law enforcement in Columbus, Ohio.

If you have any information in reference to Tobiah Harshaw, please contact the Northern Ohio Violent Fugitive Task Force at 1-866-4WANTED or Text keyword WANTED and tip to 847411 (tip411). Tipsters can remain anonymous and reward money is available.