Fort Smith, AR – The U.S. Marshals are offering a $5,000 reward for information leading to the arrest of a man wanted by the Drug Enforcement Administration in the Western District of Arkansas on charges of distributing methamphetamine and state charges in Oklahoma of assault with a deadly weapon, distribution of a controlled substance and conspiracy.

Charley E. Rouell, aka Charley E. Rouell Jr., 51, of Spiro, Oklahoma, has connections to eastern Oklahoma and western Arkansas, and may be traveling to and from Mexico, possibly with his wife, Michelle Nicole Rouell, who is wanted in the Southern District of California for failure to appear on the original charge of importation of methamphetamine and heroin. Michelle, who also goes by Nicky, has a history of drugs and firearm possession out of Arkansas. She is known to frequent the Spiro and Fort Smith areas.

"The U.S. Marshals Service is dedicated to finding and arresting Charley Rouell because he has demonstrated a clear threat to public safety," said U.S. Marshal for the Western District of Arkansas Gregory S. Tabor. "I urge anyone with any information about his current location to come forward and help us bring him in safely."

Rouell is a white male with brown hair and green eyes. He stands 6 feet 2 inches tall and weighs approximately 280 pounds. He has a tattoo of the word Logan on his chest, Spin Master Wizard on his left upper arm and two smoking guns on his right upper arm. It is possible that Rouell has recently dyed his hair blonde. He should be considered armed and dangerous.

Anyone with information on Rouell's whereabouts should contact the U.S. Marshals Service 1-877-WANTED2 or use the USMS Tips App. Your information will be taken in strict confidence. Your anonymity is guaranteed. You will never have to give your name or have to testify in court.

The U.S. Marshals Service  Major Case Fugitive Program prioritizes the investigation and apprehension of high-profile offenders who are considered to be some of the country's most dangerous individuals. These offenders tend to be career criminals with histories of violence or whose instant offense(s) pose a significant threat to public safety. 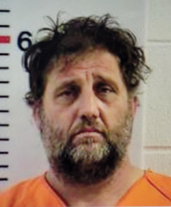 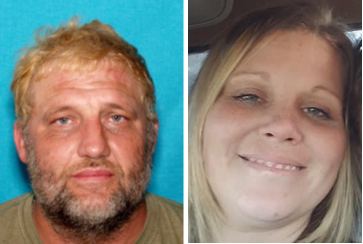