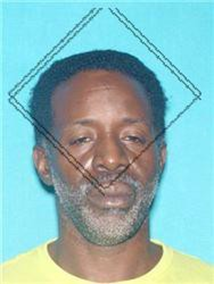 Memphis, TN – U.S. Marshal Tyreece Miller announces a reward for information that leads to the arrest of Gregory Morton for First Degree Murder.

On December 29, 2021, Juanita Washington was shot to death at a Walgreens located at the 3100 block of Perkins Road, Memphis, Tennessee. On January 12, 2022, a warrant for First Degree Murder was issued by Shelby County Criminal Court. This fugitive case was adopted by the U.S. Marshals Two Rivers Violent Fugitive Task Force.

In addition to the murder charge, Morton is wanted for Pretrial Release Violation on a Federal weapons charge and a state charge of Convicted Felon in Possession of a Handgun.

Morton is approximately 5'11" and weighs 195 pounds. Anyone with information is encouraged to call (901) 601-1575. Information provided is kept confidential and anonymous.

The U.S. Marshals Two Rivers Violent Fugitive Task Force is a multi-agency task force in the Western District of Tennessee with offices in Memphis and Jackson. Its membership is composed of Deputy U.S. Marshals, Shelby County Sheriff's Deputies, Memphis Police Officers, Fayette County Sheriff's Deputies, Jackson Police Officers, and Special Agents with the Tennessee Department of Correction. The primary mission of the Task Force is to arrest violent offenders and sexual predators.