Memphis, TN – The U.S. Marshals Service is requesting information that could assist in the capture of Terrance Sharell Taylor who is wanted for First Degree Murder in Covington, TN.

On December 28, 2020, a warrant for the arrest of Taylor for First Degree Murder was issued out of Tipton County. On December 29, this fugitive case was adopted by the U.S. Marshals Gulf Coast Regional Fugitive Task Force. 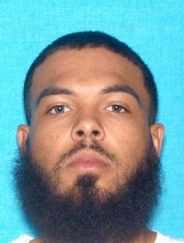 Taylor should be considered armed and dangerous. Anyone with information is encouraged to call (731) 571-0280, 1-800-TBI-FIND, or submit a tip using USMS Tips.

"We depend on the public to assist us in bringing this fugitive to justice," said U.S. Marshal Tyreece Miller.