District of Northern Ohio Fugitive of the Week: Michael Frost 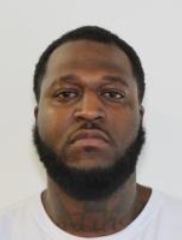 Lorain County, OH – The Northern Ohio Violent Fugitive Task Force is offering a reward for information which would lead to the capture of fugitive Michael Frost. Frost is wanted by the United States Marshals Service and the Lorain County Sheriff’s Office for Rape and Gross Sexual Imposition.

Frost, 30, is a black male, standing approximately 6 feet 2 inches and weighing about 161 lbs. He was last known to be living in the Cleveland and Lorain, Ohio areas.

Anyone with information concerning Michael Frost can contact the Northern Ohio Violent Fugitive Task Force at 1-866-4WANTED (1-866-492-6833), or you can send a web tip at the following webpage http://www.usmarshals.gov/district/oh-n/index.html