$10,000 Reward Offered for Information Leading to the Arrest of Andre Mccoy

Youngstown, OH – The United States Marshals Service is announcing an increase in reward money for information that will directly lead to the arrest of wanted fugitive Andre McCoy.

McCoy, 22, has been wanted since March 25, 2021, when he was indicted for aggravated murder, attempted murder, felonious assault, and aggravated burglary, all with firearms specifications.  He is also wanted for tampering with evidence.  McCoy’s charges stem from the September 21, 2020, murder of 4-year-old Rowan Sweeney.  Rowan was shot during what police believe to be a robbery of the home where Rowan was staying with his mother.  McCoy was taken to the hospital the night of the shooting but left before police could speak with him, he has not been seen since.

Anyone with information concerning McCoy can contact the Northern Ohio Violent Fugitive Task Force at 1-866-4WANTED (1-866-492-6833), or you can submit a web tip. Tipsters can remain anonymous. 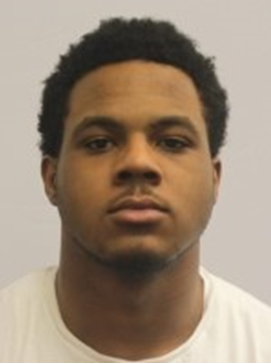 McCoy has tattoos near his left ear, on his right wrist and stomach.