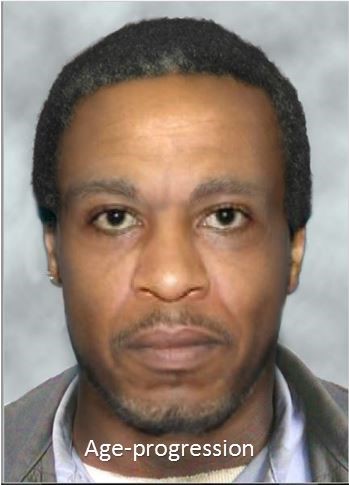 Diana Smith says she was awakened by an argument between her mother and King at 4 a.m., went to her mother's bedroom and witnessed King standing over and striking her mother. The 20-year-old ran from the room to call for help, but says King chased after her. She tried to lock herself in her bedroom, but King broke through the door, attacked her with a sharp object and cut her neck. King then fled from the home.

After King left the house, Diana Smith went to check on her mother and found her lying on the bedroom floor bleeding profusely from a cut on her neck. When rescue personnel arrived, Dorothy Smith was pronounced dead on the scene and her daughter was transported to the hospital in critical condition. She was later able to identify King in a photo line up as the man who attacked her and her mother.

“Robert Lee King's vicious attack on the Smith family reveals his total lack of human decency. Capturing him is one of our highest priorities,” said U.S. Marshals Service Director John F. Clark. “We will use all available resources to bring this violent criminal to justice.”

Diana Smith has made a full recovery and continues to assist law enforcement in capturing the man she claims so callously took her mother from her.

“I am glad the U.S. Marshals Service is now involved with this investigation. Once King is brought to justice my sister and I can stop looking over our shoulders and have some peace of mind knowing he will be off the streets,” Smith said.

King is a black male, 6 feet, 2 inches tall and weighs 185 pounds. He has black hair, brown eyes and medium skin tone. He has no known scars or tattoos.

A $25,000 reward is offered for information leading directly to King's arrest. Anyone with information is urged to contact the nearest USMS District Office, the U.S. Marshals Service Communications Center at 1-800-336-0102, or submit a tip using USMS Tips.