Reward of up to $25,000 offered for information directly leading to fugitive’s arrest

Washington, DC- The U.S. Marshals intensified their search for a convicted murderer who escaped from a Texas prison in 2010.

Jose Bustos-Diaz, 32, has landed on the Marshals' 15 Most Wanted fugitives list, and authorities are asking the public for information that could lead to his arrest. 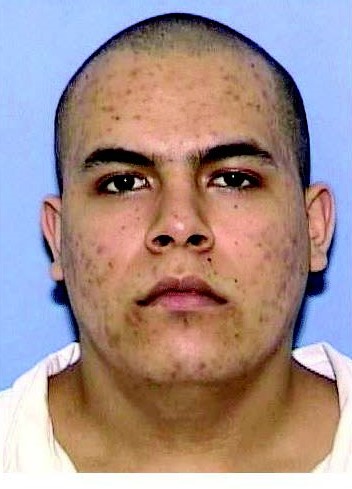 "Jose Bustos-Diaz poses a significant threat to the public as a fugitive who was convicted for murder and sentenced to 35 years in prison in a court of law," said U.S. Marshals Service Director Donald Washington. "We added Bustos-Diaz to our 15 Most Wanted fugitive list because locating and apprehending this violent escapee is a top priority, and we will use every available resource to bring him to justice."

In 2005, Bustos-Diaz pled guilty to murdering a woman whose body was found beaten and stabbed multiple times. He was sentenced to 35 years in the Texas Department of Criminal Justice (TDCJ). On April 6, 2010, Bustos-Diaz escaped from the Texas Department of Criminal Justice Dolph Briscoe Unit through a hole in a fence with a fellow inmate, Octavio Ramos-Lopez. An arrest warrant was issued for both men, and local authorities contacted the U.S. Marshals Lone Star Fugitive Task Force to assist with the manhunt. The fugitive investigation into the whereabouts of the escapees led authorities to a residence in Reynosa, Mexico. With the assistance of Mexican authorities, Ramos-Lopez was arrested and returned to the U.S., but Bustos-Diaz eluded capture and remains on the run.

"We will leave no stone unturned until Jose Bustos-Diaz is back behind bars," said U.S. Marshal Susan Pamerleau of the Western District of Texas. "Bustos-Diaz was serving a 35-year sentence in prison before his escape. With the public’s help and our investigative resources, he will finish that sentence."