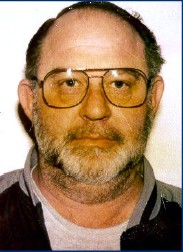 Washington, D.C. - David Benjamin Creamer, charged with distribution of child pornography, transportation of obscene materials, firearms violations, money laundering and income tax evasion, has been added to the United States Marshals Service "15 Most Wanted" fugitive list. Director John Marshall today announced the addition of Creamer, wanted in the District of Arizona since December 1997 for violating the terms of his pretrial release.

Investigation of Creamer, 53, began in 1993, focusing on the sales and distribution of CD-ROMs containing child pornography, obscenity and bestiality. The president and founder of the distribution company was Creamer. Between 1992 and 1995, he produced more than 100,000 diskettes for worldwide distribution. His company grossed more than $2.3 million in sales from 1994-95.

"Every time he sent out a new disk, those children were being exploited again," said Supervisory Deputy Marshal Rick Lovelace, District of Arizona (Tucson sub-office). Lovelace leads the investigation to find Creamer.

"He was living in a section of Tucson where people don't have garages. They have airplane hangars," said Lovelace.

In June 1997, a federal grand jury in Arizona indicted Creamer on 23 counts of criminal activity. He was arrested, arraigned and released on bond that same month. A trial date was set for March 1998, but he failed to report to Pretrial Services in December 1997. He has been on the lam since then.

"He'll probably assume a new life, doing what he has done before in another part of the country," said Lovelace.

Anyone with information is urged to contact the nearest USMS District Office, call the U.S. Marshals Service Communications Center at 1-800-336-0102, or submit a tip using USMS Tips.